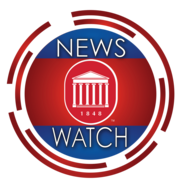 OXFORD, Miss -- From former Rebel QB Eli Manning getting his jersey retired, to SEC Nation being on the campus of Ole Miss, one could say that it was a pretty big weekend. But it was the Rebel football team that garnered the attention of Oxford on Saturday when head coach Lane Kiffin and the Rebel football team got the victory over the LSU Tigers 31-17.

Prior to the win, the biggest question mark coming into the game was who the starting quarterback was going to be for the Rebels...but when Matt Corral took the field, there was no doubt that he was good to go.

The Rebels had an unusually slow first half, only being able to find the back of the endzone twice. Corral was able to find tight end Casey Kelly for the first touchdown and was able to use his legs to put the Rebels back on the scoreboard. Freshman kicker Caden Costa also added in contributions of his own, knocking in a 43-yard field goal in the second quarter. Plagued by penalties and the inability to finish drives, the Rebels went into halftime with 17 points on the scoreboard.

While the Rebels had somewhat of an eventful first half, the second half? Well...that’s where they came alive. Defensively, the Rebels played perhaps their most inspired performance of the season, accounting for five total sacks. Mark Robinson and Chance Campbell were dominant for the Landshark defense as they accounted for a total of 22 tackles and a sack.

The Rebels were able to hold LSU running-back Tyrion Davis Price to only 53 yards rushing on 17 carries. Last weekend in LSU’s win against Florida? Davis-Price had a field day, rushing for 287 yards and three touchdowns. It would be the running back duo of Snoop Conner and Jerrion Ealy to put up major rushing yards today, the backs accounting for a total of 274 rushing yards.

Despite the late game efforts of the Tigers, Corral’s 185 passing yards combined with the rushing yards of Conner and Ealy, the Rebels proved to be just too much for the Tigers. The Rebels will be on the road next week in Auburn to take on the Tigers.